Trips to Olympia International Horse Show up for grabs in Young Champion of Ireland 2015! 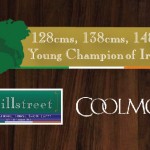 Qualifiers will take place across the country:

A total of 24 Athlete and Pony combinations will qualify for the “Young Champion of Ireland” finals to be held during the 2015 Millstreet International Horse Show where the three Young Champions will each win a once in a lifetime trip for three to the London International Horse Show (Olympia) in December, including transport, accommodation and the chance to meet top riders. The Young Champion of Ireland will be decided over 2 competitions by means of a points scoring system. Single points will be awarded for the Table A class with double points being awarded for the Grand Prix class. The Winner will be the athlete who achieves the highest cumulative score. 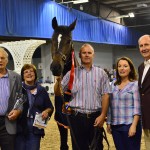 The Millstreet Horse Show Team are pleased to provide details of the 2015 Qualifiers for the 3 Year Old Young Irelander class to be held during Millstreet International Horse Show CSI*** (11th – 16th August):

In addition to the qualifiers, 3 horses will qualify at each of the following shows:

The FEI has announced that the Green Glens Arena / Drishane Castle will host the 2017 FEI European Eventing Championships for Young Riders and Juniors. The decision was announced at the spring in-person meeting of the FEI Bureau, held at the FEI Headquarters in Lausanne (SUI), which took place today.

Millstreet hosted the widely acclaimed 2014 FEI European Championships for Ponies (Dressage, Eventing, Jumping) and the Duggan Family and their team look forward to welcoming Juniors and Young Riders to the Co. Cork venue in 2017.

Speaking after the announcement, Thomas Duggan said “We are truly delighted and will work to make it a very successful championship.”

The venue will host its inaugural International Horse Trials (CIC3, 2 and 1 star level) from 28th – 30th August 2015 with work progressing well on the Mike Etherington-Smith designed cross country courses. Riders will be competing for a prize fund of over €25,000. In 2016, Millstreet will host the FEI European Jumping Championships for Young Riders, Juniors and Children on Horses.

Further information relating to the 2017 Championships will be released at a later date. 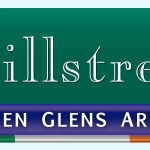 The Duggan family is saddened to hear of the death of International show jumping judge Alan Jones. Alan officiated at Millstreet as foreign judge on many occasions and will be sadly missed by all who worked with him.

We extend our deepest sympathies to his family and friends at this time.